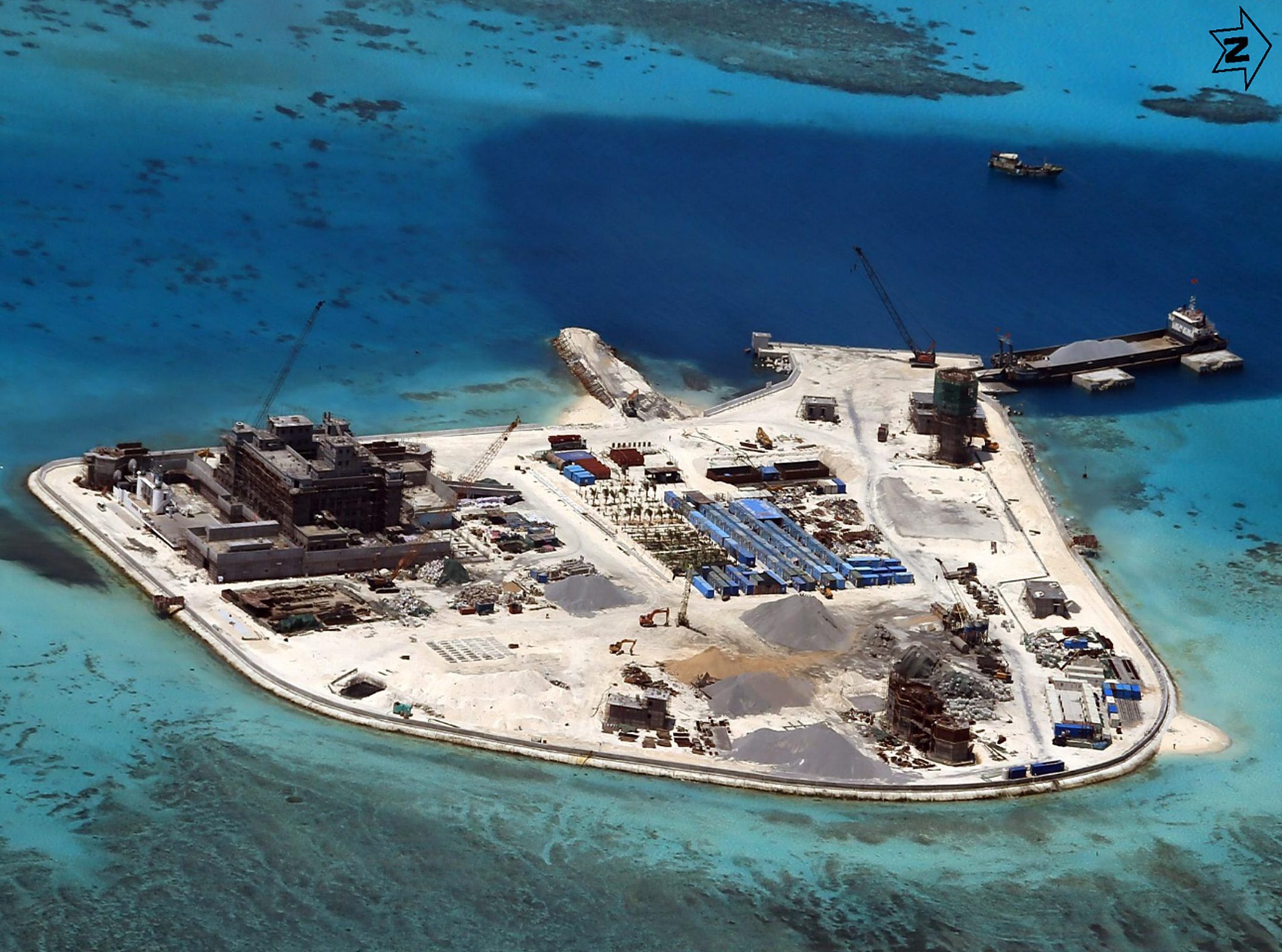 epa04712851 A handout picture made available by the Armed Forces of the Philippines (AFP) Public Affairs Office on 20 April 2015 shows construction at Mabini (Johnson) Reef in the disputed Spratley Islands in the south China Sea by China on 18 February 2015. Just before the opening of the Balikatan 2015 joint Philippines and US military exercises, Philippine military chief General Gregorio Pio Catapang showed the latest aerial photos of the expansive reclamation and building being done by China in at least seven disputed territories. The Philippines has alleged that China causes economic losses of at least 100 million dollars annually due to its reclamation activities, which have destroyed an estimated 120 hectares of coral reef systems in the Spratlys islands group. EPA/ARMED FORCES OF THE PHILIPPINES HANDOUT EDITORIAL USE ONLY/NO SALES