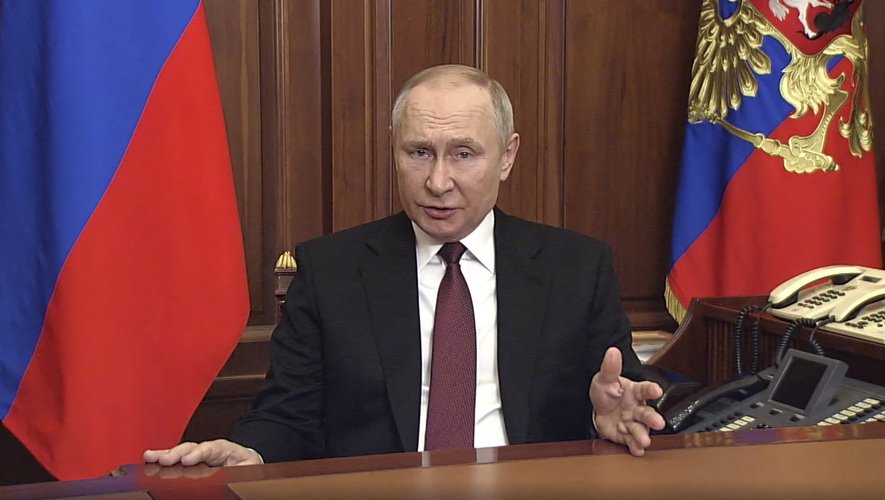 In this video grab taken from a handout footage made available on the official web site of the Russian President (kremlin.ru) Russian President Vladimir Putin addresses the nation at the Kremlin in Moscow early on February 24, 2022. – Russian President Vladimir Putin announced a « military operation » in Ukraine on February 24 and called on soldiers there to lay down their arms, defying Western outrage and global appeals not to launch a war. (Photo by Handout / KREMLIN.RU / AFP) / RESTRICTED TO EDITORIAL USE – MANDATORY CREDIT « AFP PHOTO / KREMLIN.RU / handout » – NO MARKETING NO ADVERTISING CAMPAIGNS – DISTRIBUTED AS A SERVICE TO CLIENTS — NO ARCHIVE —